Students getting "smart" through use of interactive whiteboards 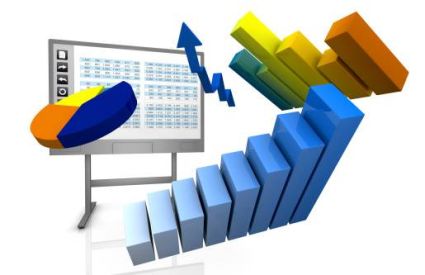 Chalkboards and trays full of broken chalk and chalk dust are becoming obsolete in classrooms across the country, as more teachers and school districts make the shift toward incorporating educational technology in the classroom.

The use of interactive "smart" boards -- first introduced to education in the 1990s by Smart Technologies of Calgary -- is on the rise. A recent study of teachers from kindergarten through the 12th grade by PBS LearningMedia found that six in 10 teachers routinely use interactive smart boards to expand and enhance lesson plans. And they aren't just for kids, either. College professors on campuses throughout the nation have turned toward use of interactive whiteboards to provide a richer, fuller learning environment for students.

What is a smart board?

Smartboards are interactive whiteboards that operate off software running on a host computer or a tablet device such as an iPad, or they can be used to present material from websites, DVDs, CD-Roms, VHS tapes or television sets. Many educators use interactive whiteboards to run presentations or emphasize lecture points through use of videos. Whiteboard manufacturers also produce a host of educational software, such as digital flashcards, math lessons and similar content that help students interact and engage in the material.

Nearly 60 percent of K-12 educators polled in the PBS survey routinely use interactive whiteboards, and teachers are clamoring for more educational technology in the classroom. More than three-quarters of teachers polled say edu-tech helps them motivate students to learn, as well as respond to the different learning preferences of their students. Seventy percent of teachers say these teaching resources allow them to do more than ever before in the classroom.

Alicia Levi of PBS Education says technology is a critical part of learning and teaching in today's classrooms.

"Teachers need access to high-quality digital content to keep pace with schools' investment in interactive whiteboards, tablets and other devices to maximize the educational benefits of technology in classrooms," she says.

Interactive whiteboards connected to iPads are changing the way lessons are delivered, says Mike Sullivan, a veteran Spanish teacher for the Weston Public Schools in Weston, Mass. Sullivan routinely uses interactive whiteboards in his fourth- and fifth-grade Spanish classes. He delivers learning material through an iPad and a variety of Spanish-learning apps, such as Noyo Spanish and Mindsnacks Spanish. Students learn about geography through Google Earth, and they use a program called Screenchomp to complete different hands-on projects displayed on the smart board.

College educators routinely say they enjoy using interactive whiteboards in the classroom for a variety of reasons, most of which don't include the opportunity to provide expanded content. Professors say they can engage more students through the use of infrared or radio-operated "clickers" during lessons, with multiple choice or polling options. Using these handheld clicker devices, students chime in to lecture material, and professors say the anonymity offered by the clickers often appeals to and draws out shy students who typically avoid raising their hands and drawing the attention of their peers. Students also can provide real-time feedback to professors.