The pros and cons of PowerSchool 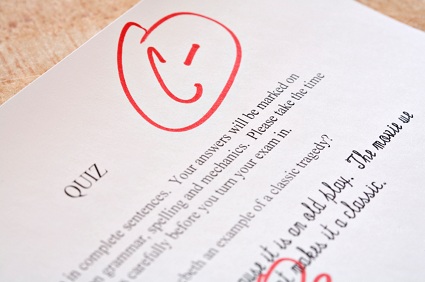 It's always challenging for parents to keep abreast of exactly what their children are doing in school. Unless they are in constant communication with their children's teachers, they may not always be aware of when their children have tests or when assignments are due. And until parent-teacher conferences come around, some parents have no idea how their children are performing in the classroom -- and, in the most extreme cases, by then it may be time for an intervention.

But now there is a technological remedy for that. Many schools have begun using PowerSchool, a web-based student information system sold by Pearson Education, which allows teachers to record student data on a regular basis. This program includes a portal for parents, which is designed to open the lines of communication between parents and educators by allowing them to log in and check on their children's academic performance.

When parents log into PowerSchool, they have access to a wealth of information about their child's school life, including grades the student received on tests and assignments for every class. In addition, parents can get information about the courses their children are taking, attendance records, and any disciplinary action that has been taken against the student. Parents can also use PowerSchool to make sure their children are on track to graduate, as the system includes a graduation plan that details how many credits their children need to earn in order to finish their diploma.

Pearson also boasts that PowerSchool provides a myriad of benefits for educators as well. Teachers can use the program to conveniently manage class and student information, which allows them to cut down on the time they spend on tasks such as imputing grades and taking attendance. In addition, the program makes it easier for teachers to stage interventions, giving them the opportunity to help prevent students from dropping out of school. PowerSchool is also a useful tool for school administrators because it allows them to track each teacher's classroom performance.

Despite benefits, PowerSchool causes much concern

While many educators and parents alike appreciate the benefits of PowerSchool, the program has raised a number of concerns -- and caused its share of challenges.

For example, some schools that have implemented the system have questioned how reliable it is. WBTV in North Carolina recently reported that the system had glitches that made it unable to support all of the users from the state's numerous schools. As a result, many teachers were left taking attendance and completing other tasks the old fashioned way -- by hand -- because they had been kicked out of the overburdened system. In addition, some schools reported that PowerSchool was so bogged down that they were unable to register students in a timely manner.

Similarly, some North Carolina school officials observed that they were not able to gain access to student transcripts through PowerSchool -- which became a headache for students and parents who needed them for college applications.

Although PowerSchool is designed to make it easier for parents and teachers to communicate about progress, some are concerned about the stress that the system will cause parents, students, and educators. The Atlantic recently reported on the downsides of PowerSchool, including the additional pressure teachers are feeling because of the program.

One teacher explained it this way: "With parent access on PowerSchool, there are no secrets. I am bothered, however, by parents who CONSTANTLY check…sometimes 5 or 6 times a day. These parents tend to be the ones who push their children the hardest and are the first to complain when grades aren't entered on the DAY an assignment is due. As a language arts teacher with 60 papers to grade, I just can't do that!"

Additionally, teachers have expressed concerns about the stress that PowerSchool will place on their students -- either because they are constantly checking their grades, or they're worried about their parents checking them.

The Atlantic article also noted the potential negative effects that PowerSchool may have on parent-child relationships, and the discord that can be caused when students feel like their parents are spying on them or do not trust them to be open and honest about their academic performance. While some parents feel that more access to their children's grades is beneficial, others worry that it may actually do more harm than good, chipping away at some of the transparency and trust in their relationship.