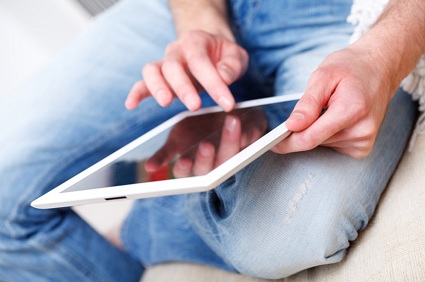 Thanks to a new native app for mobile devices, students taking courses managed through the open-source learning management system Moodle can access course materials and other features on the go. According to Campus Technology, the Moodle Educloud Native App was released by Seabridge Technology Partners in conjunction with Smart Learning Apps. It should help alleviate frustration and limitations users experienced when trying to access Moodle's web-platform using standard browsers on mobile devices. The first release is specifically for those with Android tablets, but support for Apple iOS users will follow soon.

What is Moodle, anyway?

According to TechVibes, Moodle is the world's most popular open-source learning management system. Even if you have never heard of Moodle, you may have used it. Moodle is shorter, much snappier abbreviation for Modular Object-Oriented Dynamic Learning Environment. It is a free, open-source e-learning platform designed to help institutions create interactive and collaborative online courses. In layman's terms, it is free software that gives students taking online courses -- and their professors -- the tools they need to access, submit and review course materials, and just to keep in touch. Some of Moodle's features include assignment submission, file downloading, online quizzes and grades. Students and faculty can also connect and collaborate via discussion forums, instant messaging and a wiki.

If Moodle's user statistics are any indication, these features -- in this type of platform -- are in demand. The first version of Moodle was released in 2002, but it has grown significantly in the last decade. As of March, 2013, Moodle.org reports that more than 77 thousand websites are using the platform to help more than 66.5 million students from 229 countries connect with more than 7.1 million courses online. While it is a natural fit for colleges and massive open online courseware (MOOC) providers, online high schools, employers and corporate training providers like it, too. Why? As Moodle founder and director Martin Dougiamas put it in his keynote address at Canada Moodlemoot Vancouver 2013, the price is right, but that is only the beginning.

"It's free and that's a big one. Free to experiment with," said Dougiamas, as reported by TechVibes. "It's flexible. Personal. Open. You can take it and make it your own. You build it, you own it. The data is yours. And the actual code is open. You can look at it and know what's going on."

Moodle may be free and open, but that does not mean it was wholly accessible -- at least for mobile learners.

Moodle may be popular, but it was not without its frustrations. According to a press release announcing the new app, until Educloud, thousands of users found it difficult to access Moodle on their mobile tablets. Browser limitations stunted user access to many of Moodle's key features and navigation was sluggish, even with HTML5-empowered browsers. Considering Moodle was designed to support online learning, and mobility is such an important benefit of this movement, users' inability to make the most of the the platform on the go was problematic. The new Educloud Native App was designed to restore order in the Moodle universe, at least among mobile learners.

The new Educloud app's primary goal is to help mobile users get the most out of Moodle, and not just by improving access to its existing features -- though that undoubtedly was an excellent start. The app also helps users leverage features inherent in their devices, like push notifications. According to PR Newswire, the new app turns a standard tablet into a full-featured learning device. It supports HD video and social media enrichment via Twitter, Facebook and LinkedIn. It also offers users cloud-based file storage, allowing teachers and students to exchange files quickly and efficiently. Other features include course-based chat, forums and Skype. In other words, student can be truly engaged in a course anywhere, anytime, so long as they have an Internet or mobile network connection. While this first Educloud release is designed specifically for Android users, developers promise that an iPad-supported app will follow soon.

What's next for Moodle and Educloud?

Educloud's accessibility boost undeniably makes Moodle an even more powerful learning tool for students the world over, especially those who have to squeeze their educations in between work or family obligations. That doesn't mean everyone knows how to make the most of it, however.

"Moodle is not used well," said Dougiamas. "We think 80% of teachers use 20% of the features. That's just an educated guess… though I can tell you that probably 90% of my time is spent on the 80% you're not using."

Of course, Moodle's biggest saving grace may be its open source status: Companies like Seabridge Technology Partners can study its code and make improvements, or design applications like Educloud that improve access or functionality. Perhaps if other companies follow suit, even more institutions will adopt Moodle, making online learning -- and education as a whole -- more accessible for everyone.