Earn a degree for free? MOOCs for credit set to transform college online 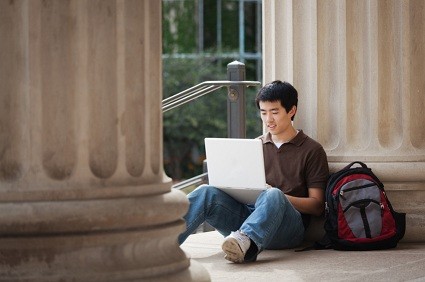 It may not be easy to believe, but educational technology might make tuition obsolete someday in the future.

In February 2013, the American Council on Education College Credit Recommendation Service (ACE CREDIT) recommended that five free, open online classes be considered creditworthy at more than 2,000 colleges and universities. The classes, offered by edu-tech startup Coursera, are the same sort of massive open online courses, or MOOCs, that have been getting so much attention lately.

A revolution in online schools

For anyone who's been living in a cave with no Internet access since last summer, here's the idea: MOOCs are internationally available online courses provided as a free service by traditional universities like Stanford, Duke, Harvard, MIT and others. Despite coming at no charge and featuring an open-enrollment policy, MOOCs are virtually indistinguishable from tuition-based courses taken by students who attend college online.

Since MOOCs feature instructors, coursework, and fixed dates where they begin and end -- much like the content students pay for at online schools -- it made sense to give them a hard look and see if they could be counted toward a degree. ACE CREDIT reviewed the substance of the subject matter, the teaching method and the learning environment of a handful of these massive open online classes and found them to be worthy of awarding academic credit in every single case.

Here's a rundown of the first ever set of free online courses that can count toward a degree, alongside the schools that offer them:

Among these, four have been approved for general undergraduate program credit recommendation. The remaining one -- Algebra from UC Irvine -- has been approved for vocational credit recommendation in developmental math. Students at online tech academies, vocational schools and career colleges can also save some money in the world of MOOCs, it turns out.

Will there ever be a free degree?

With just the five open online classes currently approved for credit, there are no all-MOOC degrees on the market just yet. With the 100 percent acceptance rate from the first batch reviewed, however, it might not be long before even more free courses get the same consideration.

For now, students can still use MOOCs as a stepping stone to a traditional scholastic path. Organizations like MOOC2Degree, a collaboration between public universities and online education pioneers Academic Partnerships, exist to help students transform their free online schooling into banked credit hours at a degree-granting institution.

It's certainly possible that the combination of MOOC credits and regular, tuition-based online schooling might take at least some of the sting out of the cost of higher education. Even professors say so.

The Chronicle of Higher Education polled professors with at experience teaching in the MOOC format, and more than 85 percent indicated that they thought the general cost of a college degree could be at least reduced by open online credit courses. In fact, 45 percent indicated that they thought MOOCs could generate quite significant savings on tuition as the initiative moves forward.

Will MOOCs spell the end for old-fashioned colleges?

There has been some hand-wringing about the potential damage that free online education might do to the traditional university environment. After all, if an institution doesn't make enough money to keep up operating costs, that institution can't survive.

Andrew Ng, co-founder of Coursera, put it into perspective in an interview at SXSWedu 2013. Essentially, the student-professor relationship has power and value that makes traditional classes into more than just rungs on a ladder-climb from freshman year to graduation day. The college experience is still the college experience, and plenty of students at universities across the country will still be willing to pay for it.

It's the underserved in the education community that truly benefit from free online credit courses, says Ng. Working adults and other non-traditional students can make great use of MOOCs when continuing their education, which serves to increase the accessibility of higher learning without causing significant logistical interference to its providers. Students who live in Pittsburg would not be limited to enrolling in Pennsylvania online schools. They could choose a school anywhere in the nation.

So, can students go all the way from freshman composition to senior thesis for free in massive open online classrooms? No, not yet. The opportunity is out there, though, to create free college education for anyone with the time and an Internet connection, and this crediting decision is a strong first step toward it.