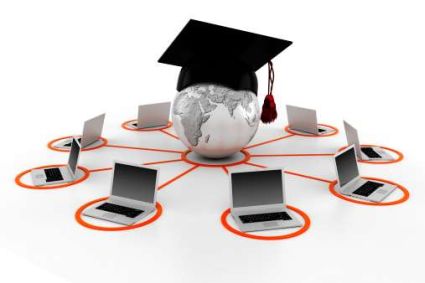 The question "What is a college student?" is not as easy to answer as it seems.

Well, thanks to the company Coursera, the line between college student and non-college student has never been blurrier. The company, which offers thousands of college courses online from top international universities and renowned professors for free, is causing quite a stir in the educational technology world.

Coursera: A new way to be a college student

Based in Mountain View, Calif., Coursera launched in April 2012 and continues to grow rapidly, enrolling 70,000 new students a week, according to a recent New York Times article. Now, over two million students, referred to as Courserians, enroll worldwide and fill up each class by the thousands.

There are 20 kinds of course subjects, ranging from business to biology, and over 200 courses, ranging from introduction to genetics and evolution to songwriting. Each class usually lasts between three and 15 weeks long, and goes beyond merely watching video lectures. In fact, there's homework, tests, and even peer reviews. There are currently 62 universities worldwide that are offering courses online through Coursera, including schools such as Princeton University and the University of Melbourne.

As of now, the courses aren't available for college credit on their own (although the company is looking into offering certificates), but universities are allowed to offer the courses to students for credit, at a fee. Antioch University, in Los Angeles, has been the first school to take advantage of this, as it prepares to offer two Coursera classes for credit. The company is also looking into making courses eligible for transfer credits.

Referred to as massive open online courses (or MOOCs), the classes through Coursera no doubt present a new way of being a college student. But is it a better way?

College shifts from a privilege to a right

The company's co-founders, Daphne Koller and Andrew Ng, have said repeatedly in interviews that education should be a right and not a privilege. With Coursera, no longer are the days where only the wealthy can receive an elite, world-class education. In fact, just about anyone with an Internet connection can these days.

Even though the co-founders continue to seek ways to make the company money, they don't want to compromise the site's free course offerings. Coursera continues to run on investment money, with a focus on adding more courses.

With more free courses, students can continue to get a top education without attending a top college. This switch in status makes Coursera (and other similar companies) perhaps the most revolutionary thing to happen in education technology since online colleges and digital textbooks.

But if higher education is free, in abundance and available to thousands of students at a time, how will this affect the professors teaching the courses? As the company's co-founders have said at conferences, and as the New York Times article summarizes, "(it will) liberate professors from repeating the same tired lectures and jokes semester after semester."

Some, however, think in-person interaction, or at least online interaction on a smaller scale, is worth paying the extra money. As this mode of learning progresses, students may have more school options than ever and more factors to consider.

Will this throw higher education into a new direction?

In the July 2012 Forbes article, "Is Coursera the Beginning of the End for Traditional Higher Education?" Susan Adams asks if these kinds of courses might replace traditional colleges and universities in the same way that Craigslist replaced newspaper advertising.

Adams writes in the article, "If this new way of learning does come to replace the old way, there will be invaluable qualities that it can't replace, such as the education and maturation process that comes from campus life, from dwelling and studying for four years with other students, aged 18-22, who are also growing and learning."

Still, it doesn't seem that likely that Coursera (or similar companies) will fully take over the higher education realm for a few reasons. On top of losing campus life, taking free online classes just won't look the same to employers as a college degree does, even with a certificate for the classes. Also, some students need closer attention than a class filled with thousands of students worldwide.

But despite all that, one thing remains true: Knowledge is powerful, no matter how it's obtained.