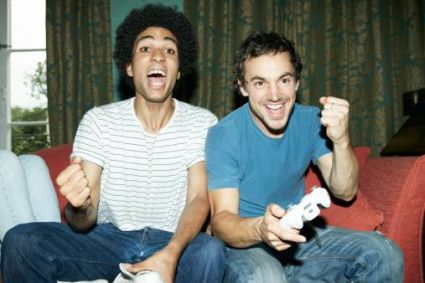 It is an exciting time to go to college, technologically speaking. Education technology is constantly progressing, introducing new tools that impact the way we teach and learn. Some are merely fads, but others are revolutionary. The New Media Consortium (NMC) and EDUCAUSE Learning Initiative (ELI) recently published its 2013 NMC Horizon's Report on Higher Education, which sifted through the latest trends to identify those with the most promise. Some of the technologies have generated a lot of buzz lately, like massive open online courseware (MOOC), which delivers free, high-caliber online courses to the world. Others just seem to follow the same trends growing outside of higher education, like tablets.

One other trend featured in the report deserves special attention. Though it has garnered fewer headlines, it is arguably just as important -- and transformative -- as any mobile device or online learning platform. The trend: gamification. According to the report, the use of gaming in education has expanded and evolved considerably, and is expected to reach full swing within the next two to three years. Here's why.

The NMC report defines gamification as the integration of gaming software into educational experiences. In other words, students learn by playing computer-based games, which range from alternate reality games (ARGs) to massive multiplayer online games (MMOs). Think World of Warcraft with a scholarly twist. The NMC notes that most games are goal-oriented, social, and simulate real world experiences relevant to students' lives.

Games can be played in the classroom, or in conjunction with an online program. Some require collaboration with fellow students, while others are completed alone. Whatever the circumstances, gamification's primary goal is to foster engagement and stimulate learning in a new, interactive way that is both fun and effective. It is an idea that is gaining momentum, and today many colleges across the country are experimenting with its use in the regular course of learning.

How gamification shook its slacker stereotype

Video games are often associated with adolescents who are content to waste their days (and nights) plugged in. Khan Academy president Shantanu Sinha told the Huffington Post that when the academy began applying game mechanics to its online learning platform, some critics charged that it would "distract from real learning objectives." Why, then, would colleges invest valuable time and resources integrating educational games into curricula? Because for many students, games make effective teachers.

When used appropriately, gamification supports a student's ability to learn in a way that no everyday lecture or PowerPoint presentation can. According to Network Computing, gamification encourages engagement, so students must pay attention and process information in order to achieve an objective. As such, many students experience deeper understanding and better retention of the material.

Gaming can also play on one's competitive nature, which can be an excellent motivator, and games that require collaboration support team-building skills. Finally, games can be just plain fun, inviting students to revisit the program and, in turn, reinforce their newly-honed knowledge. Perhaps Sinha said it best when he surmised that games generate a personalized learning path full of "individual triumphs," allowing students to reclaim their "natural enthusiasm" for learning.

Colleges put gamification to the test

According to the NMC report, a number of institutions have begun to integrate gamification into coursework. McGill University's Open Orchestra simulation program, for instance, uses high definition panoramic sound and video to help students feel as though they are playing in an orchestra or singing in an opera hall. St. Edward's University also used gamification in its Global Social Problems, Local Action & Social Networks for Change project by positioning learners into the role of superheroes tasked with finding solutions to global problems. Other well known schools experimenting with gamification include: Harvard Medical School, the University of Connecticut and the University of Pennsylvania, among others.

Perhaps one of the most widely covered programs embracing gamification is MOOC provider edX, which has gotten a lot of coverage amidst the recent MOOC boom. According to Network Computing, edX president and MIT professor Dr. Anant Agarwal has suggested that game-based learning at the college level is a "game changer." Speaking at the MIT Inaugural Symposium on "The Future of Education" last year, Agarwal said he believes students work much harder in a game-like environment, and that games can support simulated design exploration. As such, edX has adopted gamification as a key component of many of its courses. Only time will tell if other MOOC providers follow suit.

Is gamification an edu-tech "game changer" as Agarwal suggests, or merely a fad? No one can say for certain whether game-based learning has found an extended home in the higher education sphere, but if the NMC's projections hold true it will become much more prevalent in the next few years. Of course, gamification has a number of applications beyond the classroom, too. According to the Financial Post, companies like Microsoft and Commonwealth Bank have already experimented with gamification in the business world, and with great success. If this trend continues, workers and learners of all ages may find themselves turning to games rather than books or dry lectures when they need to learn something new.