Exploring the educational benefits of Minecraft 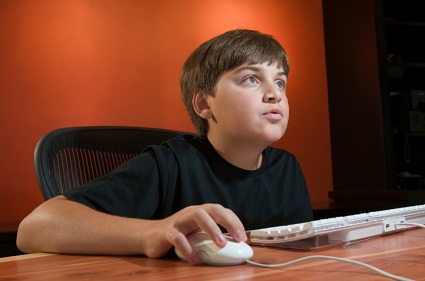 Since the first kid spent hours staring at a screen, paddling a virtual ball back and forth playing Pong, parents have worried about the negative effects that video games might have on their children. And as games grew increasingly violent, and children began investing more and more time into them, parental concerns skyrocketed.

But with Minecraft, parents can rest a little easier. While the popular computer game is played by many children purely for recreation, the lessons it imparts are anything but frivolous. And now, thanks to modifications from educators around the globe, Minecraft is even finding a place in the classroom.

In the game Minecraft -- which can now be played on computer, smartphone, or Xbox -- users navigate a world and build objects from virtual raw materials such as stone, water, dirt, and tree trunks. Thanks to adaptations created by MinecraftEdu, a collective of educators and computer programmers, teachers can use the game as an aid for teaching specific classroom content to students. A recent New York Times report outlines examples of classroom applications for the game, which include an educator in Denmark using Minecraft to teach English to her students, a science instructor in California teaching gravity through a number of experiments incorporated into the game, and an Australian teacher adopting it to create lessons about ancient worlds.

In order to accomplish a number of classroom goals, educators can take advantage of MinecraftEdu's world building tools that allow users to incorporate specific classroom content into the game. In addition, the organization offers an extensive library of worlds and activities that can be modified to meet course goals, and the ability to set up software servers that allow multiple players to work on the same task.

Students are having so much fun playing Minecraft that many may not be aware of the numerous educational benefits they're reaping from the game.

For example, education experts consider Minecraft a precursor for social networking. Since the younger students playing the game are not yet old enough to join sites like Facebook, Minecraft is an excellent tool to prepare them for the realities of that online world. With Minecraft, young students are given the opportunity to communicate with their peers online, which will teach them how to interact with others on different parts of the Internet.

"Kids are getting into middle school and high school and having some ugly experiences on Facebook and other social networks without an understanding of how to interact with people online," Joel Levin, Cofounder and Education Director at TeacherGaming, tells The New York Times. "With Minecraft, they are developing that understanding at a very early age."

In addition, the game also teaches young students how to cooperate effectively with peers. Minecraft worlds are often organized by a set of rules, which teaches students how to work together within certain guidelines or to complete a specific task. As a result, students get experience working in a team and handling conflicts that may arise.

"If one kid blows up another kid's house online, they have time to think about how they deal with it and how to confront them," says Eric Klopfer of the Massachusetts Institute of Technology. "If something goes wrong on the playground, they might be reminded of how they worked things out in Minecraft."