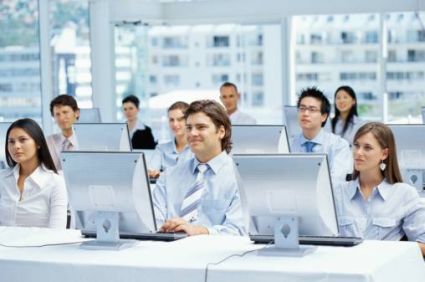 College students take quizzes online in their dorms. Third-graders collaborate on laptops. Middle schoolers ditch graph paper in favor of digital spreadsheets. Conventional wisdom says advances like these are a boon for students looking to expand their intellectual horizons.

Recent studies suggest that educators are taking action, with the widespread adoption of new technologies. At the same time, though, the benefits of technology-driven learning appear somewhat ill-defined, with some calling the new tools a mixed blessing.

Adoption of edtech is high

As far back as mid-2011, a study by the technology trade association CompTIA was reporting positive edtech outcomes. Of 500 educators surveyed, 78 percent said the proliferation of technology has had a net positive impact on overall education results. The survey also noted that 65 percent said students were more productive today than they had been three years prior, specifically due to the use of technology.

In the wake of such findings, there is strong evidence that adoption of new technologies is running high. Anecdotally one can see it everywhere, from the proliferation of online learning programs in higher education, to the availability of laptops in elementary schools.

On a more quantitative level, the educational research group Project RED investigated 997 schools in 49 states and the District of Columbia. Their work turned up strong evidence of the technology boom in education.

Almost 40 percent of respondents say that students use technology as an integral part of instruction in every math class; 38 percent integrate technology into every reading and science class, and 36 percent into every social studies session.

Schools with a 1:1 student to computer ratio have the highest level of integration. For example, 95 percent of 1:1 schools use technology weekly in English classes, as compared to 86 percent in 2:1 or 3:1 schools, and 79 percent in 4:1 or higher schools. The lesson: More computers means a greater level of access to tech-based learning and the advantages it brings.

But what are those advantages, exactly?

Despite widespread adoption of computers, tablets and online learning, some researchers continue to question the exact significance of these tools. It's not that the tools necessarily lack value, but rather than the educational payback on technology investments can be difficult to measure.

The most striking of these studies comes from the Pew Internet & American Life Project, which looked specifically at student use of the Internet as a research tool.

Researchers interviewed Advanced Placement (AP) teachers, as well as teachers who had participated in the National Writing Project's Summer Institute (NWP). "The teachers who instruct the most advanced American secondary school students render mixed verdicts about students' research habits and the impact of technology on their studies," the report found.

Some 77 percent of teachers surveyed said the Internet and digital search tools have had a "mostly positive" impact on their students' research work. But 87 percent said these tools are breeding an "easily distracted generation with short attention spans," and 64 percent said today's digital technologies "do more to distract students than to help them academically."

One upside is that 65 percent of respondents say the Internet makes today's students more self-sufficient researchers. On the downside, though, 83 percent said their students find the sheer volume of online information to be overwhelming.

One may add to this ambivalence the growing realization that the value of "educational technologies" is not defined merely by the hardware and software in play. Rather, a wide range of factors go into determining the success of these programs.

Project RED points to a broad base of elements that may push technology-based teaching toward success or failure.

These are just a few of the factors helping to determine the success of a technology implementation. With so many variables on the table, it's easy to understand how surveys like the Pew study may glean mixed signals from educators.

In the big picture, though, the impact of educational technology may have less to do with statistics and more to do with subjective measures, the elements that are harder to calculate but are no less significant.

The U.S. Department of Education lays out this perspective in a study on education reform. Students who use technology go from being passive recipients to active learners, the authors write. These students make choices and execute independent skills. Technology helps students define their goals and evaluate their own progress.

That kind of educational impact may be harder to measure, but it is no less significant than the number of laptops in the room or other more easily quantifiable metrics.