Coming soon to a school near you? California rolls out free digital textbook library 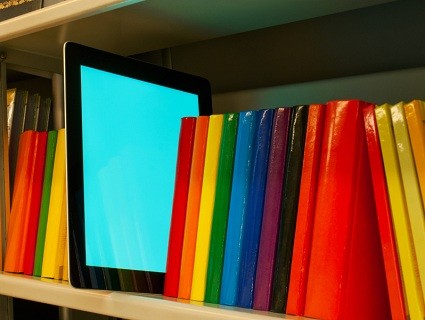 Undergraduates in California will have free access to college textbooks for 50 of the most popular courses in the state, thanks to a bill signed in September 2012 by California Governor Jerry Brown. "I certainly support anything that helps reduce the cost of textbooks for undergraduates," Laine Farley, executive director of the University of California's California Digital Library, told Library Journal. The program is still in the funding stages but is certain to revolutionize education in the state, starting with giving students the freedom to choose the coursework that interests them, not simply what they can afford.

Free textbooks will also surely have an effect on the textbook publishing market. The change could lead to publishers lowering their prices, finding more compelling ways to release their content, or simply fading into obscurity as accessible, high-quality textbooks are made available free to students around the world. Library Journal reports that a group of publishers withdrew their opposition to the bills when a provision to provide free copies to libraries was removed -- no doubt they will continue to follow the outcome with great interest.

From crib to college, a growing reliance on educational technology

Kids start early with edu-tech, and the trend is only expected to grow. According to a late-2011 study, over 75 percent of parents who let their kids use their iPads or other tablets feel that tablets are beneficial to kids and boost their creative skills. While only 22 percent of parents have given their children a smartphone, iPod or iPad to keep them occupied while running errands, the figure may grow as the number of tablet-owning households continue to rise.

Developing a facility with technology at a young age means that today's plugged-in kids are perhaps more ready for online education and other high-tech learning tools than those who didn't have an email address until adulthood. California's open-source textbook project is another development in interactive education, and it's not alone -- there's a growing list of options for students who want to study on the cheap.

Save money every semester: the top edu-tech options

The Christian Science Monitor reports that the average American college student spends between $700 and $1,000 per year on textbooks. Combine financially strapped college students with big-ticket items like textbooks and edu-tech companies find themselves on a goldmine of potential users. Check out programs that, like California's open source textbook initiative, intend to take the sting out of studying:

The options above are just a few of the services, products and websites offering low- and no-cost textbooks. For students who are stretching a budget to attend college and professors who want to facilitate learning over credit card debt, options like the ones above come as a refreshing change.

California's open source textbook library is set to open for the 2013-14 school year. Books will be placed under a Creative Commons license and converted to XML format to be loaded onto tablets and other devices for use in California and other states. That's an important note: because the Creative Commons license doesn't restrict a book to use in a certain state or school system, books could legally be converted to other formats, printed and illegally sold. The effects of California's shifting edu-tech laws will only become clearer with time and implementation.