Augmented reality and its amazing new perspective on education 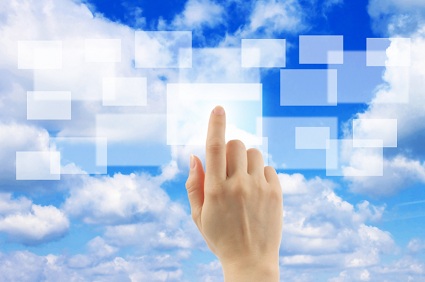 Science fiction writers have long penned stories about layers of reality, where the virtual world and the physical one are seamlessly intertwined. Today that idea is no longer science fiction. It's called augmented reality (AR), or the use of technologies that allow people to access digital information on the physical environment around them. Practically limitless in its applications, AR is finding its way into various settings, including perhaps the most exciting one: education.

What is augmented reality?

In its simplest form, augmented reality is the layering of information over a real-world environment. To get an idea of what this means, imagine watching a football game on television. The first down line, the advertisements that hover over the field, and those drawings the commentators make on replays are all forms of augmented reality.

One of the most visible entries into the AR scene is Google Glass. The device used for Google Glass looks just like a pair of eyeglasses. The lenses are actually tiny screens through which the wearer can see the world as usual, as well as superimposed data and images, thus completely changing their experience. The device responds to voice commands and offers numerous options, such as a browser, video recorder and sharing tools that allow the user to be connected in a meaningful way.

What augmented reality means for education

EmergingEdTech illustrated a few of the most anticipated ways Google Glass will likely be used in education. Text translations in real time could immerse students in a foreign language, research could be done on the go, and the ease of video and imaging could make presentations and reports much more dynamic. Students could even use Google Glass to bolster their portfolios by capturing first-hand demonstrations of their work.

Some mobile augmented reality apps allow users to simply scan an object with a smartphone or tablet to receive a host of information about it, delivered in everything from video streaming to slideshows to audio. Many use GPS technology and image recognition to offer insight on locations, maps and geographical features. Some work with textbooks to provide 3D images of the material presented on the page.

A joint chapter report from Harvard and Radford Universities on Augmented Reality Teaching and Learning [PDF] offers an excellent example of how devices like Google Glass can broaden the educational spectrum. Imagine a student approaching an oak tree. The device immediately offers video or slide show information on the habitat the tree is in and the animals that make a home there. If the tree has been earmarked as part of an educational initiative, the student could point their device at a placard near the tree, which would then prompt a 3-D digital view of the tree, including the inside structure. This hands-on virtual learning could provide students with a much deeper understanding of the subject, as well as better retention of the material.

But AR isn't just for helping students learn -- it can also be an excellent tool for teachers to learn about their students. The Augmented Lecture Feedback System, developed by scientists at Spain's Universidad Carlos III de Madrid, is a great example. The system allows teachers to look over their room of students and see icons above their heads, activated by the student's cell phones, which tell the teacher whether the students understand the lecture material being taught. This tool is helpful for teachers who want to adjust their instruction technique on the fly, and also allows them to pinpoint students who need help but might not be comfortable with speaking up in class.

The future of augmented reality

Augmented reality is expected to pack such a punch that the market for the innovative technology has already grown dramatically. A press release from MarketsandMarkets predicts that the virtual reality and AR market will be worth $1.06 billion by 2018. And that figure doesn't even include mobile-based augmented reality. Since mobile devices are on the cutting edge of the technology, the worth of the market could actually be much higher.

As the use of smartphones continues to grow and virtual education becomes the norm rather than the exception, augmented reality is sure to find a place in the classroom -- whether it be a brick-and-mortar institution or a digital classroom that seamlessly blends the physical world with the virtual one.